Around the World in 80 Seconds – October

Here’s some of the best Dynamite catches recorded across the globe during the month of October:

Another incredible trip to Bosnia’s Lake Pelagičevo produced this incredible mirror for Krištof Cuderman. On the scales it weighed went 25.2kg (55lb) and took a 20mm Source Hard Hookbait with a Fluro Tutti-Frutti pop-up.

Using a mixture of 20mm Hard Hookbaits tipped with half Hit N Run pop-ups, our Dutch girls Lizette Beunders and Bianca Venema banked a string a big carp from Livardier Lake in France…

Cedric Levet baited his swim with 15mm, 20mm and 26mm Source boilies to tempt this lump of a ghost carp. It took a giant snowman-style hookbait made from a 26mm Source bottom bait with a matching pop-up on top!

It was a freezing cold October night but that didn’t stop the fish from feeding for Olivier Morlat. During the session he managed to slip his net under this fin-perfect mirror on a spinner rig mounted with a Red Hit N Run pop-up from the margins. This wasn’t the only bit of action Olivier enjoyed during October however! Scroll down to find out what else he caught…

Fishing with a ‘sweet’ theme helped Philippe Gala bank this chunky common back in October. He first laid down a bed of corn and Sweet Tiger groundbait soaked in Sweet Tiger Liquid before casting a matching Sweet Tiger snowman rig over the top.

A six day trip to a French gravel pit gave Olivier Morlat one of his best sessions of the year when he banked no fewer than 28 carp on 15mm Sweet Tiger & Corn boilies! Here’s just a selection og the fish he caught, which in total amounted to a weight of 530kg!

Morgan Clayton and his dad struck gold when they banked this pair of beauties during a carp fishing holiday to a Belgium lake. They fished Red-Amo Fluro dumbells over a bed of matching boilies and sweetcorn to good effect and landed carp of 50lb 2oz (left) 32lb and 42lb 6oz (right).

Kristof was certainly a busy man in October as he also managed a trip to a German lake before eventually travelling to Bosnia. Using a 20mm Monster Tiger Nut Hard Hookbait topped with a 15mm Sweet Tiger & Corn pop-up, the globe-trotting carper manage to bank this unusually-shaped mirror at 24.2kg (53lb). What a month for Kristof!

Temperatures may have dropped in Spain during October but that didn’t stop Carlitos Mateo from slipping his net under this fine common. It took a 15mm Monster Tiger Nut Red-Amo boilies tipped with a piece of fake sweetcorn.

Check out the scales on this 36lb 9oz Essex Manor beauty for Micky Cork! It usually goes 40lb but Micky couldn’t care less having caught one of the most striking carp we’ve seen all year! It was caught over a bed of crumbed MTN and maggots… 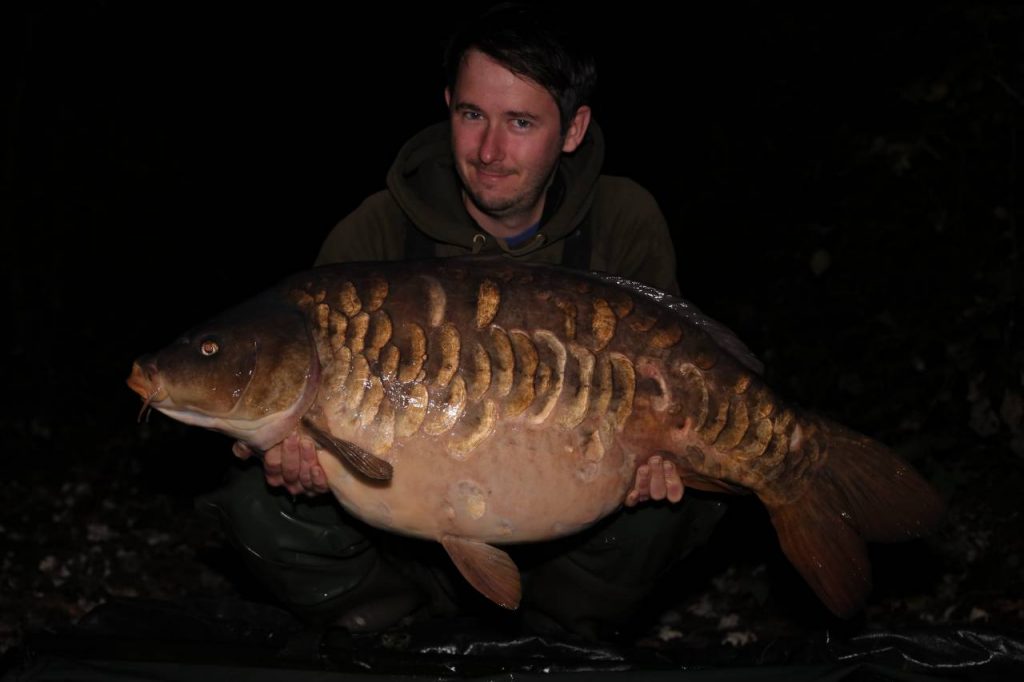 Say hello to Aron John’s third 40 from Bundys Pit this season! Following a couple of midweek blanks, he knew where he needed to be during his latest session and after positioning his first rod to the spot, he didn’t have time to clip on the bobbin before his hookbait was picked up by a mid-double common. Content with the area he was fishing, Aron then deposited 2kg of Monster Tiger Nut boilies to the same spot before casting his white MTN pop-up on a Stiff Hinge rig over the top… Just before dark he was in again, this time a beautiful 40lb 8oz common proving to be the culprit.

Dynamite sales rep Andy Mackie cashed-in on ideal fishing conditions to bank this incredible-looking mirror carp from Frimley Pits. It weighed 29lb 2oz and took his hookbait over a bed of Frenzied Hemp and whole/choppped MTN and CompleX-T boilies… 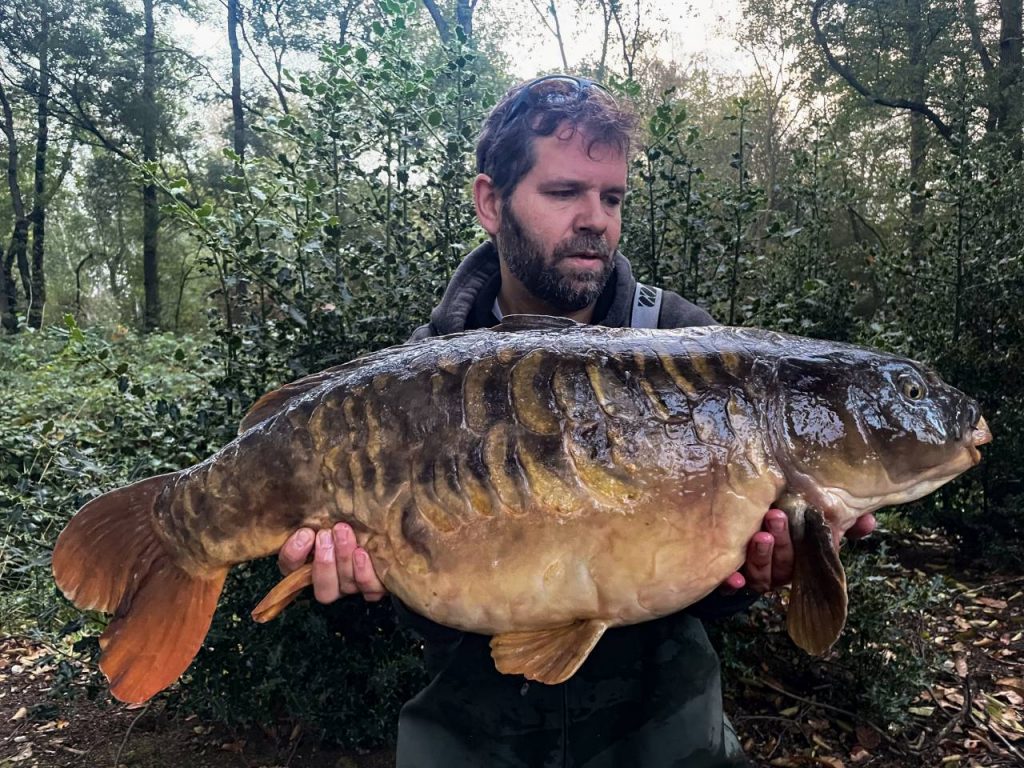 Although he was targeting carp, Michael Poulter ended up banking six catfish to 54lb back in October! He fished 15mm White Hit N Run pop-ups over a bed of Monster Tiger Nut boilies and sweetcorn to produce the bites. When the catfish decided to give him a break, a lovely little 18lb mirror did eventually grace his net!

A gorgeous common carp for Raphael Biagini over in the states which fell to two 10mm Carp Spirit Fluro Floating Balls!

The post Around the World in 80 Seconds – October appeared first on Dynamite Baits.

Around the World in 80 Seconds – October