Specimen ace Kevin Sanders recently banked a 4lb 5oz personal best beast following a 200-mile round-trip to a Southern pit for a spot of crucian carp fishing. Here’s how he did it…

“I had been waiting for the right conditions before I made the 200+ mile round trip for a day’s crucian carp fishing.

Following some very cold weather, a few days of mild temperatures were forecast so i pounced at the opportunity and made the long drive down to Surrey.

I knew where I would want to fish on the lake as the sun and light breeze was going to be pushing into this area.

When I arrived the car park was as busy as I was expecting so I was incredibly surprised and pleased to find the area of lake I wanted to fish empty of other anglers.

As fate would have it, as I was looking over the lake from the swim a crucian rolled in front which was more than enough for me!

For this session I opted to fish a cage feeder on one rod to get a bit of bait onto one spot. The other rod was fished with a large 30g method feeder and would be cast at distance to the area I saw the fish.

My bait choice was Dynamite Baits F1 Sweet and Silver X Carp method groundbaits mixed 50/50. I added a few 2mm F1 Pellets and a generous amount of fresh casters to give them a reason the stay once the groundbait attracted them to the area. My hookbait was a hair rigged single buoyant fake caster. 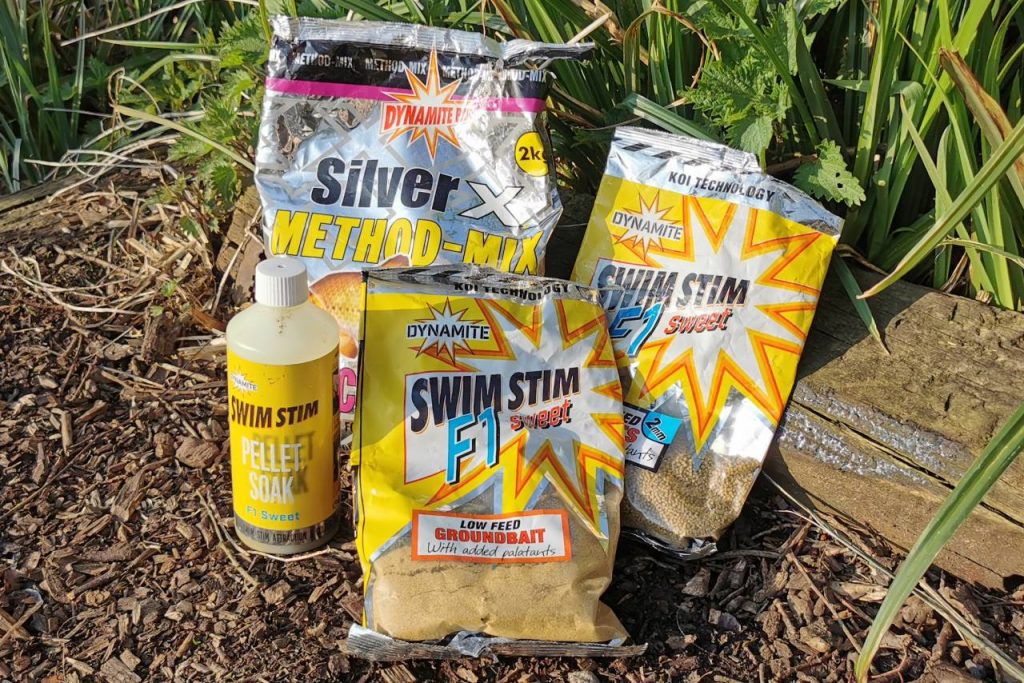 Knowing that crucians have a sweet tooth, Kev used baits from our F1 Sweet range…

The morning went by without any indication on the alarms but at 1pm, I had a welcome tench on the cage feeder out of the blue.

Around one hour later the method rod was away with an identic take and fight.

I was convinced it was a tench until I saw a golden back cut through the water’s surface.

I started playing the fish a little softer at this point! I could see it was a big crucian and when it slid into my net all I said was “that’s a PB!”

Upon weighing the fish I started shaking as the needle spun way past my old PB mark of 3lb 8oz and settled just over 4lb 5oz! I was fishing on my own but luckily another angler came and took some photos for me. 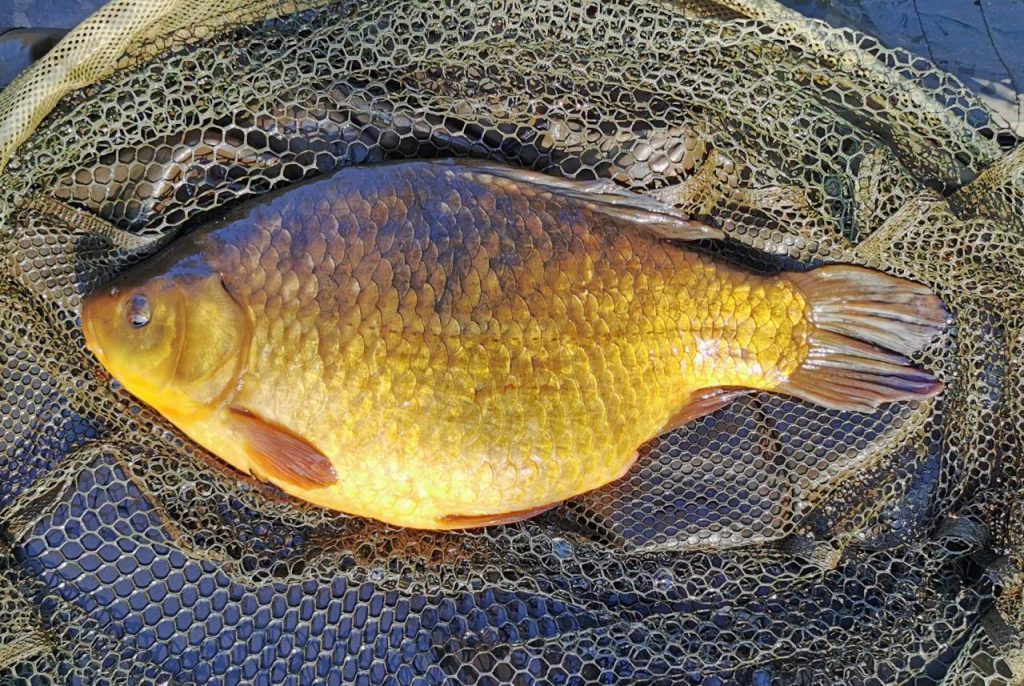 Just look at the size of it!

I could have quite happily gone home there and then but I would hit traffic so decided to stay a little longer. I had a chat with some other anglers then went back and got the rods out. I had a couple more tench to around 5lb and another lovely crucian weighing 3lb 7oz. Both fish certainly made the long evening drive home more bearable! 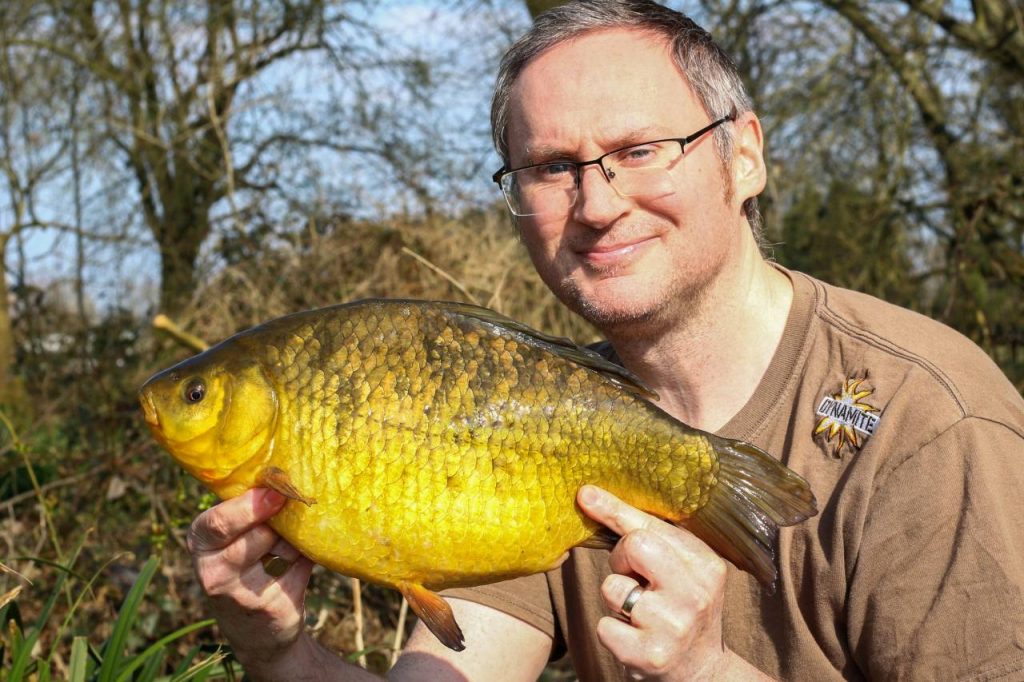 A crucian that made all those miles worthwhile!